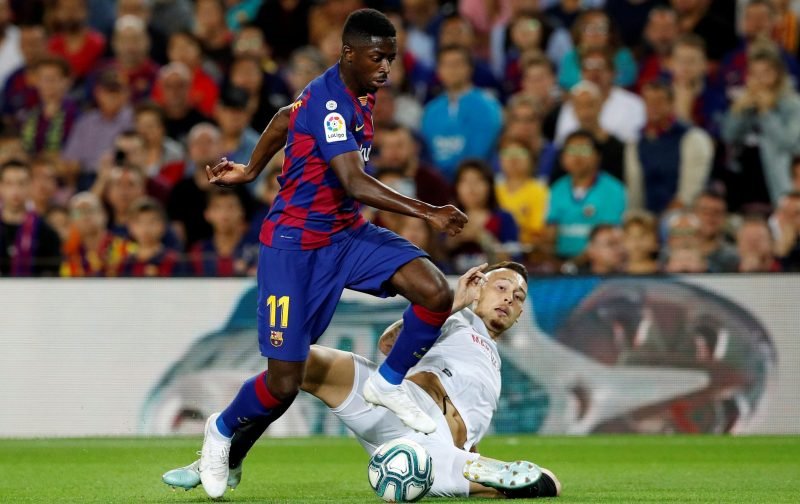 According to a recent report from Italian outlet TUTTOmercatoWEB, Barcelona star Ousmane Dembele could be made available this summer for just €42 million (£37.5 million) – prompting some Liverpool fans to beg Michael Edwards for a transfer swoop.

Dembele, who has started just three La Liga matches for the Catalans this season due to a succession of injury problems, could now be made available for a cut price fee of just £37.5m due to the impact of a current global pandemic on football transfer fees.

Yes, well worth the £37 million

No, too injury prone

Indeed, while the Frenchman arrived in Catalonia from Borussia Dortmund for a mega €105 million (£93.9 million) fee, he could leave for less than half of that price – with a section of Reds supporters now flocking to the update.

Even though the 23-year-old has had his fitness issues, the quality he possesses is evident – scoring eight goals and assisting five others over 20 league starts last campaign according to WhoScored.

Looks no brainer to get him for such a low fee. Edwards should be all over this if true. Dembele and werner would be best alternative to Salah and mane in the long run

Absolutely.
He’s what? 23?
And we already have experienced players uptop, he’d be a good rotation whenever he’s fit.
It’ll be like having our own Messi from the bench when things go out of hand!

What’s the risk in 37£, he’s still only 23 and clearly extremely talented. Even if it doesn’t work out his resale isn’t gonna go down that much

Loan with option to buy

Worth the risk if it was true though