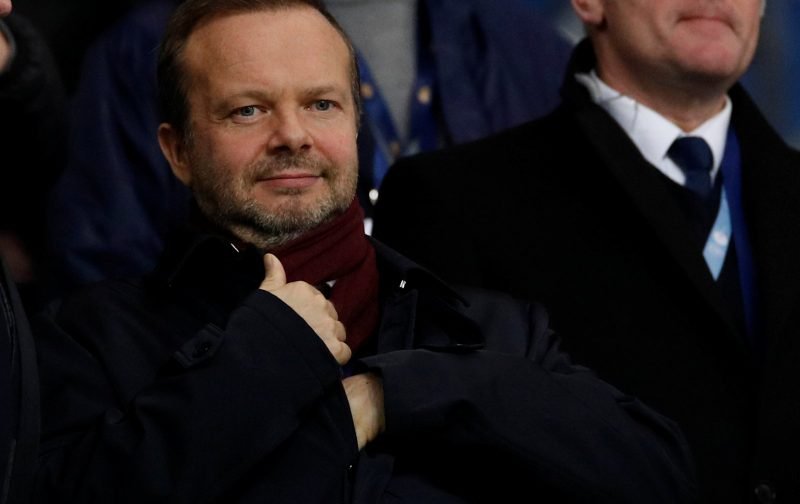 Some Liverpool fans praised Manchester United’s executive vice-chairman Ed Woodward after a report suggested that he would be in favour of playing the rest of the Premier League season out in its entirety.

The Premier League is currently on hold due to the ongoing coronavirus pandemic but the season would continue “indefinitely“, which paves the way for us to win our first league title in 30 years.

According to The Athletic, Woodward did not indicate that he wanted us to be denied of our opportunity. Saying that, this may have something to do with Manchester United getting back into the Champions League, as they currently sit in fifth place in the Premier League table. This could be good enough for the Red Devils to qualify if Manchester City are unsuccessful with their FFP appeal.

Because of this, supporters were pleased with Woodward’s stance on the current situation. One fan called him as a “class act”, while another added that he’s “always liked him”.

He’s on a suicide mission, as if the Mancs don’t hate him enough 😀

Have always liked him he’s doing a great job