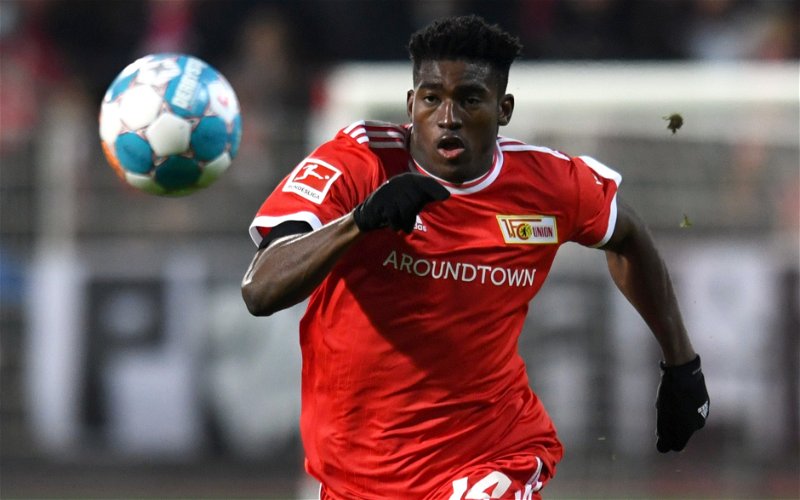 Speaking to GOAL, Ndubisi Chukunyere believes Awoniyi has everything it takes to become one of the Premier Leagues’ most lethal strikers.

“By all standards, the return to England is a great move and I am upbeat that he will excel because he is well built for the English Premier League.” He told the football publication.

Taiwo Awoniyi will excel at Nottingham Forest, according to Ndubisi Chukunyere.

The former Super Eagle told GOAL that he believes the striker would prove Liverpool wrong. 😋

“Many may argue that Liverpool at that time had Salah, Mane, and Firmino, but the reality remains that Awoniyi was not given that chance to prove his worth.” He said.

“Well, all these things happen in football but trust me, if our man shines with Forest, Liverpool will bite their fingers for letting a quality player go. Until then, we can only hope that Awoniyi makes everyone proud and justify the price tag.”

Awoniyi moved to Bundesliga side Union Berlin on a permanent basis last summer after an impressive loan spell with the German club, he scored 20 goals in 43 appearances in all competitions in their 2021/2022 campaign.