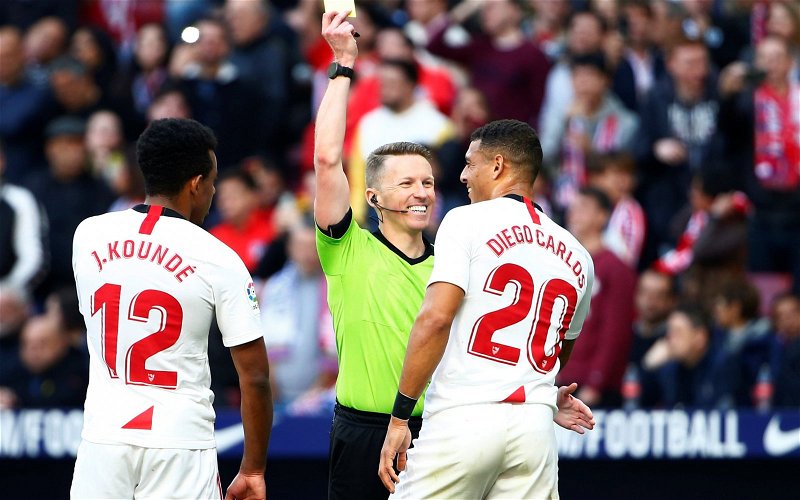 Responding to recent news courtesy of Spanish outlet SPORT, many Liverpool fans have blasted links with Sevilla centre-back Diego Carlos as a replacement for Dejan Lovren – citing the fact we already have Joe Gomez and Joel Matip as options.

Carlos, who has started 25 games for the La Liga side this season, is reportedly seen by manager Jurgen Klopp as a candidate centre-back partner for Virgil Van Dijk next campaign.

According to WhoScored, eight other Sevilla players have averaged more tackles than the Brazilian this season, with the 27-year-old also only making the fourth-most interceptions out of Julen Lopetegui’s squad.

This could be an indication as to why many Reds in our fan base seem bemused with the links to sign him as a potential partner to Van Dijk, with some supporters stating that it would be a ‘pointless signing‘ all the while citing their opinions that Gomez is a better option.

Wouldn’t even put him above Gomez tbh, pointless signing for that much money, all we need is a good backup with matip once lovren has gone.

Gomez is better than him

Good look to anyone trying to take Gomez’s place. He’s been incredible for two seasons.

Why what’s wrong with Gomez 😕

Never happening at that price. We have gomez and matip. A cheap young replacement will come in to replace lovren

this just is not true… if anyone has listened to klopp talking about defence, they would know his preference is to have Gomez playing next to VVD.

Gomez is 10x the defender Diego Carlos is