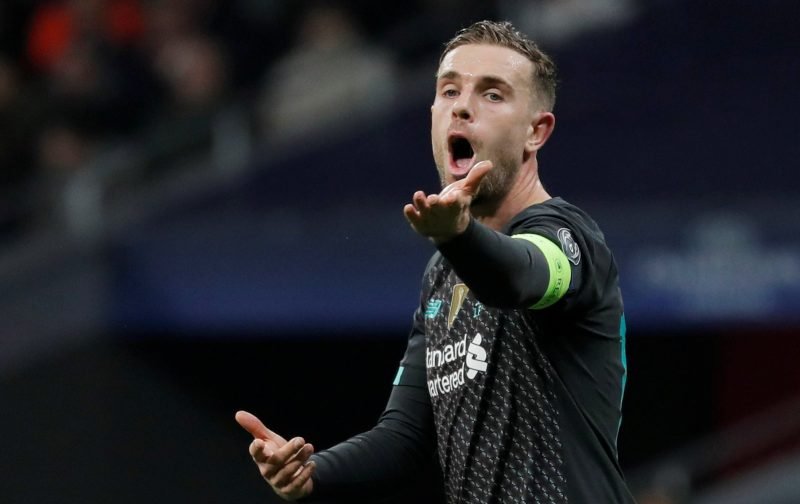 Norwich midfielder Kenny McLean has named Liverpool captain Jordan Henderson as the hardest player that he has come up against in the Premier League.

The 29-year-old had the world against him after taking over as the club’s skipper from club legend Steven Gerrard, who left to join LA Galaxy in 2015. However, the former Sunderland midfielder held his own and has blossomed as a leader of men, and has been described as a “role model“.

Henderson guided his side to an unforgettable Champions League win last season in Madrid after a 2-0 win against Tottenham, becoming only the fifth person to lift the famous trophy aloft as the club secured their sixth European crown. The Reds are two wins away from clinching our first league title in 30 years as we sit 25 points clear of reigning champions.

Speaking to Pink’un, McLean was complimentary about Henderson’s impact and believes he has been his toughest opponent.

“We played them on the opening day and that was when Liverpool beat us 4-1″, he said. “We had this habit of winning, we knew we wouldn’t win as many as last year but we felt we could be in every game but that night at Anfield was a proper welcome to the Premier League.

“To play against lads like Jordan Henderson, he just controlled the game.

“He is an athlete with so much more quality than he probably gets credit for. Across the board you might say Kevin De Bruyne is probably the best in the world.”

McLean has found himself on the losing side on both occasions during his first campaign in England’s top flight, most recently the Reds came out on top 1-0 at Carrow Road.

Previously described as a “marmite player“, Henderson had many critics but appears to have changed many opinions over the years.

It’s nice to see that Henderson continues to be acknowledged with his efforts on the pitch. He may not score or assist as much as other midfielders but his impact on the game is no longer being underestimated.