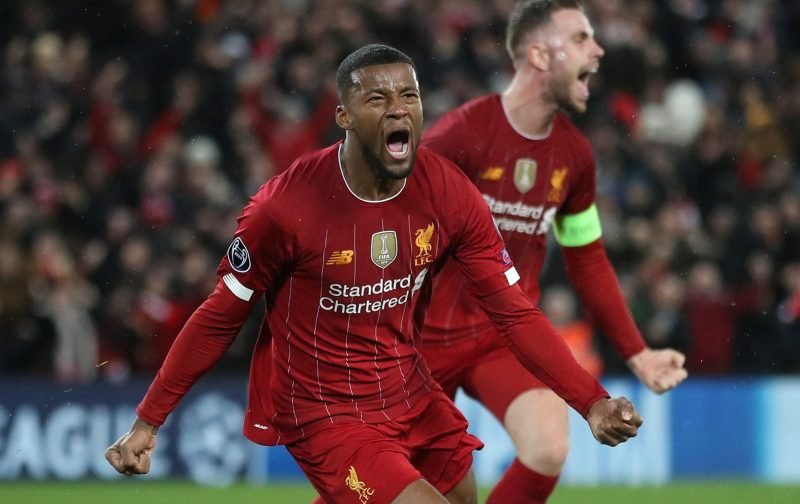 It was a night to forget for Liverpool as the Reds crashed out of the Champions League in stunning fashion to the hands of Atletico Madrid, yet there was one player who supporters were largely impressed with after the full-time whistle.

Gini Wijnaldum probably had his top 3 appearance in his club career yesterday. What a player.

On that note, this tweet is the last time I’ll ever mention or speak about our loss to Atletico Madrid again. Operation “act like it never happened” begins now.

Georginio Wijnaldum was one of the stars of the show for the Reds as the Dutch international scored the opening goal of the night and impressed in the Liverpool midfield for the majority of the match, with WhoScored awarding the former Newcastle United star their MOTM with a 9.0 rating despite Atletico coming out as victors.

And a handful of Liverpool supporters on social media were quick to laud the 29-year-old midfielder with praise for his showing against the La Liga giants, with some Reds fans keen to applauded Wijnaldum for his performance in what was ultimately a disappointing night for Jurgen Klopp’s side as they failed to retain their European title.

He was class, the whole midfield were on fire! Adrian and to a certain extent the front 3 let the team down

our best midfield display after a while.

One of our best performances this season, but Adrian. I hate this game

Liverpool will now be focused on winning the Premier League title as quickly as possible.