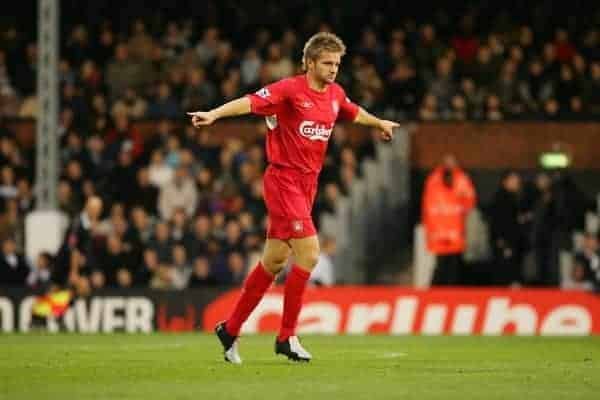 Former Reds’ midfielder Igor Biscan believes that he was not good enough to play for Liverpool Football Club, which fans agreed with.

The ex-Croatia international signed for us back in 2000 for €8.25m (£7.1m) and stayed with us for five seasons. He only scored three times and provided two assists in 118 appearances.

Biscan previously told the club’s official website that he felt he wasn’t good enough to play for us, admitting that it took him time to adapt to surroundings at Melwood and Anfield.

Was Igor Biscan's time at Anfield a success?

Although Biscan does have a Champions League winners medal as he was part of the squad that lifted the club’s fifth European crown in Istanbul having played in nine games during that campaign.

As a result, supporters quite rude about Biscan and made their feelings clear on social media. One fan said that he wasn’t wrong, while another stated “it’s not rocket science”.

Sadly I agree with him

Funny cause I thought that too