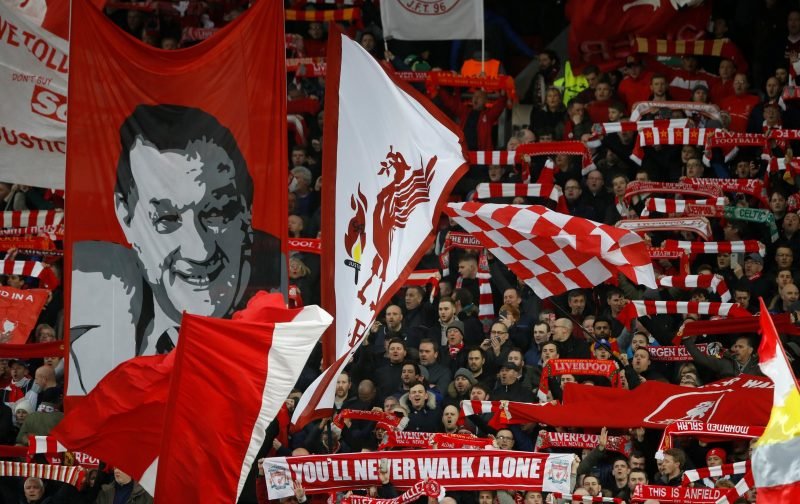 A lot has been said and written about the supposed demise of the famous Anfield atmosphere in recent times.

Debates and articles have pointed the finger at various causes, most notably the lack of local supporters at games and the cost of tickets.

It is usually argued that these two points are intertwined with the average Scouser who lives and breaths the club, and the city of Liverpool, priced out of supporting ‘his’ team.

The increased cost of tickets has almost certainly contributed to the broadened demographic who attend games but whether this has impacted on local fans more than other groups is hard to quantify.

You could argue supporters from other parts of the UK, like myself who is based in Kent and therefore also contends with increased travel and sustenance costs, are even more adversely affected.

What is true is the club has always relied upon, and actively pursued, a wider fanbase; initially the Celts, then the Scandinavians and now, as their worldwide exposure increases, Asians and Americans.

Improvements to facilities and better stewarding etc have also made attending matches more appealing to women, the disabled, family groups and OAPs.

This is true of most stadia across the country and owes much to new standards and diversity criteria rightly enforced on owners by the Premier League, the Football Association and the government.

Fundamentally it’s all a byproduct of keeping up with the times. Whether we like it or not football is now a lucrative, global entertainment business in which social media followers are almost as important as those who physically turn up each week.

Like all sound businesses, Liverpool cannot ignore trends within their market place and, ultimately, they cannot afford to be choosy as to where their revenues come from if they want to keep apace with others on the pitch.

In a number of seasons over the past decade or so the lack of fervour inside L4 can also be attributed to the lack of entertainment provided and the apathy felt by many towards the team – most notably during Brendan Rodgers‘ last full season at the helm.

In many ways we’ve gone from one extreme to another in this facet of the equation since Jürgen Klopp took over the reigns; many fans now go to every match expecting to be dazzled with exciting, goal-laden fare.

Such an outlook is obviously naïve but understandable to a point given the amount of high-scoring encounters we’ve been involved in and the edge-of-the-seat talents of Philippe Coutinho, Sadio Mané and now Mohamed Salah.

Sadly football doesn’t come with any guarantees and such expectations are arguably chiefly the folly of a younger demographic within the supporter base, who are accustomed to getting everything they want instantly and are therefore quick to lose interest and reach for their mobile phones.

Regardless of this, many fans, rightly or wrongly, chose to sit on their hands until such time that the action warrants or, if the team is struggling, needs their involvement. Anything in between merely produces a reserved air of diligence.

In the world of modern football when 90 minutes on the terraces is regularly compared to going to the theatre, not least in the price of a ticket, this is akin to waiting for the star name to hit his stride on stage or the show to reach a crescendo via an eponymous rabble-rousing rock ballad (or should that be heavy metal ballad?).

You could make a good case that I fall into this particular category. I’m certainly not a regular singer, beyond the standard badly off-key and slightly hushed pre-kick-off rendition of You’ll Never Walk Alone, and I’m not even much of a shouter either. But that doesn’t make me any less passionate or caring about the outcome.

My approach to spectating is partly due to a reserved nature but also due to being someone who loves the idiosyncrasies of the game, and who is often busy meticulously studying the tactical side of what is happening or the reactions of the benches.

Perched up high in the middle of the fabulous new Main Stand, as I was for the Huddersfield Town victory, you get a real sense of what is going on and, perhaps equally crucially as a Football Manager fanatic, what could and should be changed or tweaked.

Regardless of this, a defeat for Liverpool still ruins my weekend as much as anyone else’s and, as it did for a first time as a 13-year-old boy at the 1996 FA Cup final, the game still holds the power to reduce me to tears of joy or despair when something significant is on the line.

I’m someone who loves football, and sport in general for that matter. Someone who, prior to marriage and fatherhood, would happily attend a local non-league game or watch a mid-table Serie C game on some obscure, legally-questionable foreign television channel.

But still nothing beats going to Anfield. The atmosphere, besides understandable lulls when another opponent’s bus is perfecting a reverse parking manoeuvre, is still the match of any other in the country.

Of course if could be better but for the most part this issue should be little more than an aside.

Granted some day-trippers are there predominantly to take selfies but they are also likely to be helping line the coffers by spending a ridiculous sum on merchandise in the club shop.

The rest of us, which is still the large majority, are there for the same purpose; to support our beloved Reds through thick and thin. Some of us just chose not to make a song and a dance about it.

What do you think about this article? Let us know your thoughts and opinions below or via social media… Follow me on Twitter @superbag