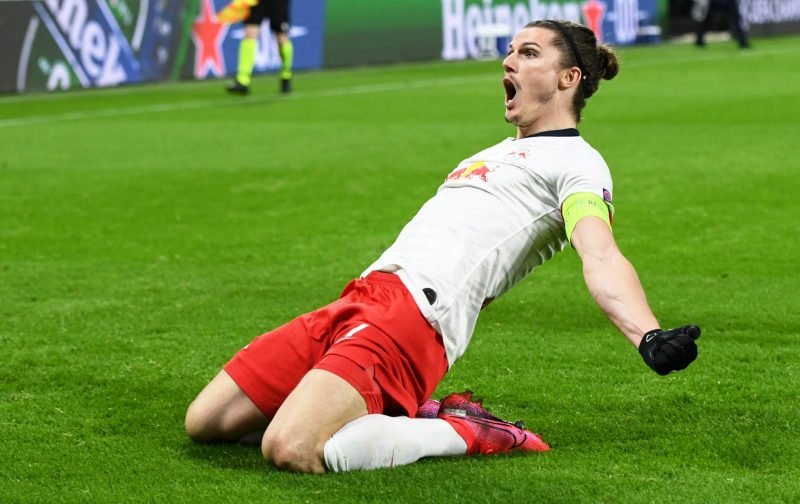 Loads of Liverpool fans drooled over the performance of RB Leipzig midfielder Marcel Sabitzer during his side’s 3-0 win over Tottenham and would like to see him move to Anfield.

The 25-year-old shone as his side advanced to the quarter-finals of the Champions League after they steamrolled past the north London side. Sabitzer got himself on the scoresheet twice in the first 21 minutes, with a bit of help from goalkeeper Hugo Lloris, to ensure that his team are in the hat for the next round.

The £36m-rated man’s contract expires in the summer of 2022 and has scored 15 goals in 35 appearances in all competitions during the current campaign. A goalscoring midfielder is a player that we have lacked for many years, as per the Independent. His teammate Timo Werner has been heavily linked with a move to Anfield since last summer and could be a factor in Sabitzer joining the club in the future.

Would you like to see Marcel Sabitzer at Anfield?

As a result, supporters demanded that the Reds bring Sabitzer to Merseyside and made their feelings clear on social media. One fan jokingly said that he was pushing hard for his Liverpool move during the Spurs game.

How much for werner + sabitzer ? #LFC

Liverpool must buy this Sabitzer lad

Sabitzer pushing hard for that move to Liverpool alongside Werner 👀👀 #RBLTOT