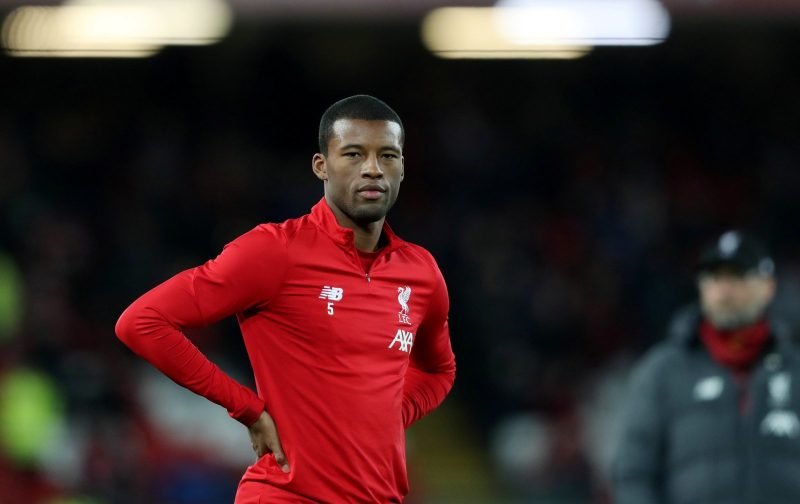 Georginio Wijnaldum’s growth as a player since joining from Newcastle United has been impressive, to say the least, and supporters are eager for the midfielder to commit his future with the club.

Do you want Gini Wijnaldum to sign a new #LFC contract? ✍️ pic.twitter.com/se80kOJwnP

The Liverpool star’s current deal with the Reds last only till the summer of 2021, yet a breakthrough in a new contract could be coming soon with The Athletic reporting that Jurgen Klopp is keen for the Dutch international to stay with the club after becoming a vital first-team player for the German manager.

And on social media, tons of Liverpool fans are pleading for the 29-year-old to renew with the club as Wijnaldum has developed into one of the club’s most important midfielders, with the former PSV star playing over 3,000 minutes for the Reds this season alone.

Yes of course. There is no midfielder like him in world football a great player and character too who has become immovable. Love Gini.

Yes of course. One of the hardest working players and rarely puts a foot wrong.

Despite turning 30 this year and the emergence of promising midfielders in the club like Curtis Jones, Wijnaludm has become a player that no Liverpool supporter wants to see leave on the cheap in the near future.