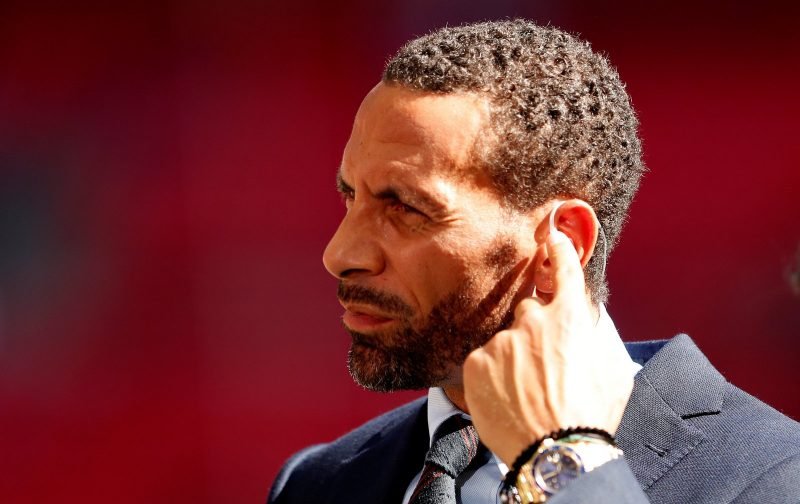 Loads of Liverpool fans mocked former Manchester United defender Rio Ferdinand after he called for the Premier League to be voided this season.

Proceedings have ground to a halt due to the ongoing coronavirus pandemic, with Prime Minister Boris Johnson restricting public gatherings of more than two, due to the number of cases increasing in the UK.

Because of the global outbreak, sporting events across the world have either been postponed or cancelled. The FA released a statement stating, whatever happens, the season would be completed.

Ferdinand stated on Instagram that the league should be ‘voided’ but denied that his view had anything to do with the Manchester United and Liverpool rivalry.

As a result, supporters were not impressed with Ferdinand’s argument and made their feelings clear on social media. One fan said that his desperation can be felt on the issue having played for our biggest rivals for many years.

That’s the most compelling argument ever. Write off the season because football may celebrate. Gotcha.

You can really feel his desperation.

Would he be saying the same thing if Utd were in our position ? Would he he’ll, he would be campaigning for them to be awarded the title ASAP

The guy who jumped for Joy when Messi scored his free kick, yeah he’s not biased at all

You’re right, Rio, not everybody is sensible and you clearly aren’t

This is a pure jealousy and hatred simply because Liverpool is almost winning the league.

Ok Rio, that’s exactly why you’re on your knees praying the league is ‘void’ pic.twitter.com/WCMYhjIHRx