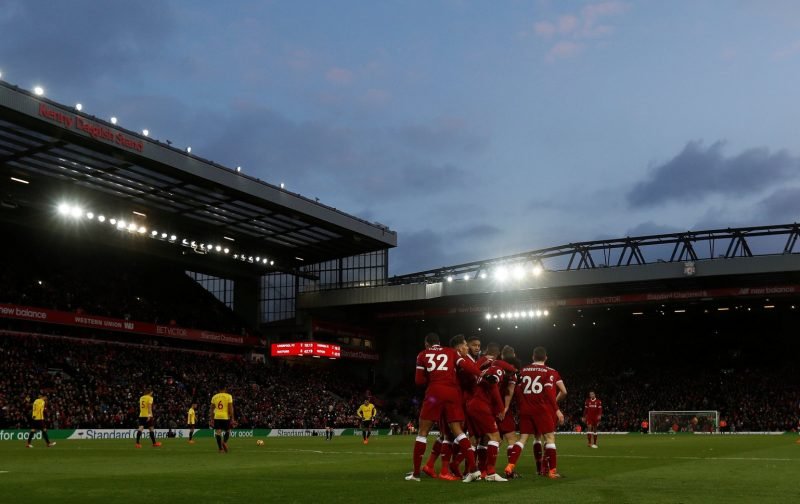 The 2020/21 season will usher in a new era for Liverpool as the Merseyside giants make the leap from New Balance to Nike, yet previously built-up hype is seemingly being destroyed quickly.

Footy Headlines revealed that Liverpool’s third kit will have an unusual black and grey checker pattern across the shirt and socks, with Nike seemingly taking the Reds’ choice of jersey into a new and interesting direction.

Yet for many Liverpool supporters on social media, the proposed new third kit for next season was simply awful, with tons of fans blasting the choice in pattern and colour and cursing out at Nike for getting their hopes up about what their new threads for the future will look like.

God I hope not

My eyes my eyes!!

We finally get Nike then this 🤦

Liverpool supporters will be praying that the home kit for next season can redeem for what Nike have done to the third kit.