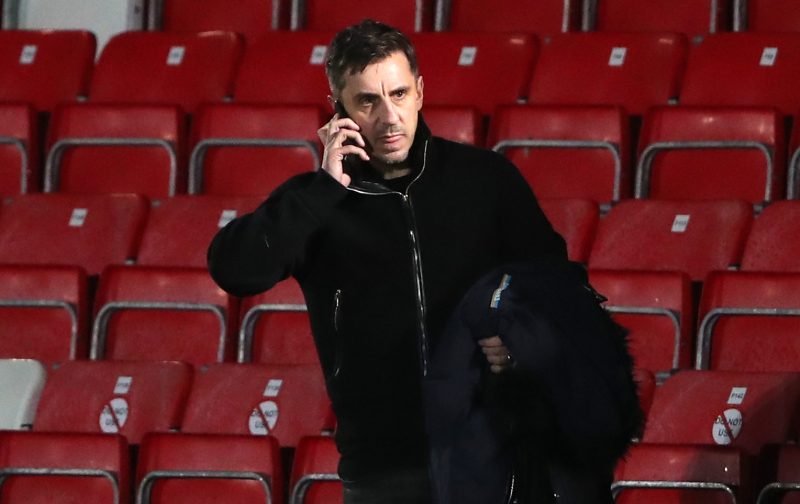 It is no secret that Liverpool haven’t been quite up to the same standard that we have seen from them over the last few years and there are plenty of valid reasons for this dip in quality.

Injuries to key players and a lack of movement early on in the January transfer market has all but halted the club’s attempt to retain their Premier League title and it doesn’t seem to be picking up from there with results still not coming Jurgen Klopp’s way.

There are plenty of opinions as to why Liverpool are currently experiencing this bad patch, including former Manchester United defender Gary Neville who recently shared his thoughts about Klopp’s side on Sky Sports, stating that the German needs to switch things up a bit in regards to tactics, with the squad looking like zombies on the pitch – as cited by AnfieldWatch on Twitter…

Gary Neville: “It’s the lack of change. A different idea. They just look beaten, almost like zombies on the pitch. Walking around thinking the same thing. Maybe it needs something different from Klopp?” #awlfc [sky]

I actually have to agree with Neville on this one, this Liverpool squad look devoid from belief and have a masisve lack of motivation and drive during games due to their confidence and mentality being absolutely blown apart after the awful results and poor form more often than not this season.

We have seen a different side to this Liverpool team this season and it isn’t a side that me nor the rest of the fanbase are enjoying – our usual ruthlesness in attack, high press, and heavy metal football that the fans have grown so much to enjoy watching is just not there this season and the club seems to have lost that abiltiy to win dirty.

There were times in the last few seasons where we had to play some gritty football to get the results and I was happy with that – this season seems to be us trying to play a passing game and a style of play that is a lot slower and just doesn’t work.

What do you think Liverpool fans, do you agree with Gary Neville? Let us know your thoughts in the comments section down below…