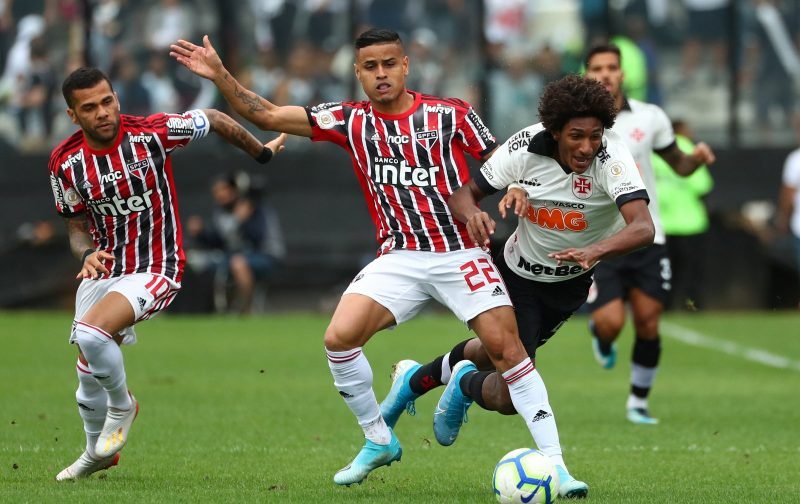 According to Brazilian broadcasting outlet Bandeirantes’ TV, on a segment called Donos da Bola, Serie A club Vasco da Gama are reportedly in the midst of a huge financial crisis which has prompted them to try and offload Liverpool target Talles Magno.

Magno, who has attracted lofty praise for his exploits in South America and the Brazil youth teams especially, is reportedly on sporting director Michael Edwards’ radar as he scours the market for potential stars of tomorrow.

The 17-year-old, who made 15 Brazilian top flight appearances last season in his debut first team campaign with Vasco de Gama, has been included as part of the Guardian’s ’60 best young talents in football’ – being mentioned alongside more notable names such as Eduardo Camavinga and Mohamed Ihattaren.

Described as a ‘breath of fresh air‘ in the piece, it’s clear the teenager possesses bags of potential, and this latest update hints that Edwards may have received a boost in trying to pry him away from Rio de Janeiro and on to Merseyside.

According to the Guardian, Magno has quickly become one of Vasco de Gama’s ‘most important’ assets in the first team, netting two goals in his first season for the club and marking himself out as a real prospect.

The Reds have been linked with a swoop for the teenager over these last few months, but due to the youngster’s current club going through a financial crisis, this could be a perfect time to try and land the player given they may be forced to sell.