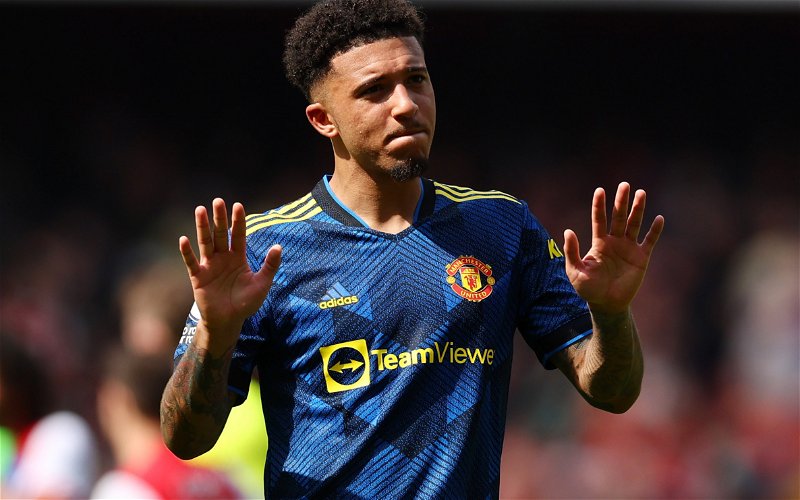 Liverpool were the frontrunners to sign Jadon Sancho last summer and every week new reports would suggest that Jurgen Klopp was keen on bringing the silky winger to Anfield.

Nevertheless, the 22-year-old ended up joining Manchester United in a deal worth £73M, a decision that Liverpool fans felt hard done by.

Now claims this week suggest the Reds were closer than many people thought to signing the England international from Borussia Dortmund and the reason for them not was due to the player’s high wage demands.

According to David Lynch, a top journalist for The National, the transfer fee Dortmund wanted for Sancho wasn’t the problem, but rather the player’s base wage.

United were willing to meet Sancho’s demands and thus the player made the move to Old Trafford; a move where he failed to make an impression in a catastrophically bad season for the club.

Liverpool fans will be thankful now they didn’t sign the 22-year-old winger, with Klopp opting to sign Luis Diaz in the January window instead, a move where the Columbian has flourished.

It will be interesting to see if Liverpool’s latest Borussia Dortmund transfer interest, Jude Bellingham, ends up going the same way as Sancho.