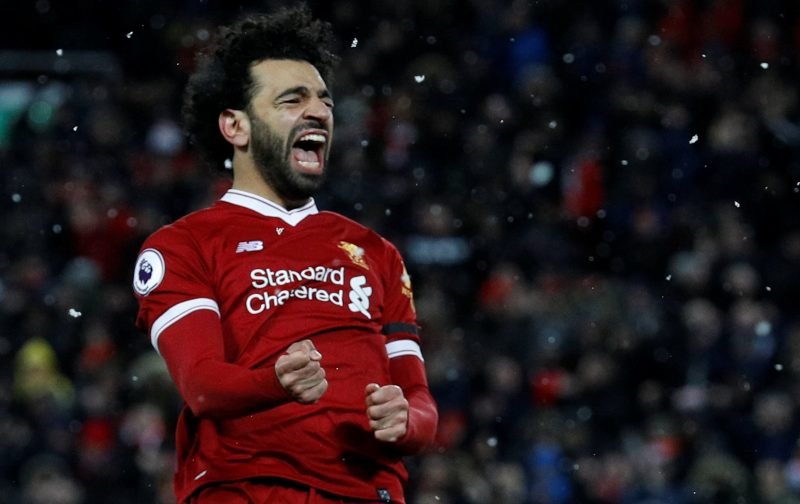 Liverpool, who held a commanding 3-0 advantage from the Anfield leg of their Champions League quarter-final tie with Manchester City, successfully completed the job on Tuesday night with a 2-1 victory at the Etihad Stadium.

Their progress, although just overall, wasn’t as comfortable as the 5-1 aggregate scoreline perhaps suggests, with the visitors requiring a helping hand or two from Lady Luck along the way.

They didn’t get any divine assistance early on though as City’s need for an early goal was answered inside two minutes when Gabriel Jesus cooly tucked home Raheem Sterling’s centre.

The goal was certainly contentious in the eyes of Virgil van Dijk, with the Dutch defender appealing vociferously for a foul by Sterling as he botched a clearance on the near touchline.

Whatever contact occurred was minimal and van Dijk clearly could, and should, have dealt with the situation far better.

The men in red initially regained their composure well but soon they were being hemmed back in much the same manner as they had been for long spells of the second half at Anfield.

Unlike the first leg however there was much more menace and belief in City’s play, albeit without Loris Karius being called upon to make many saves.

The German keeper did flap nervously at a couple of crosses however, while a number of his team mates also picked up yellow cards to further increase hope amongst Pep Guardiola’s men.

Forays forward from Liverpool had been few and far between and hearts were firmly in mouths twice as the interval approached when Bernardo Silva hit a post and an offside flag ruled out a Leroy Sané goal.

The Merseysiders were extremely fortunate with the offside decision after replays showed Karius’s punch had rebounded off James Milner, therefore playing Sané onside.

The visitors did produce an excellent passing move during the final action of the half but Alex Oxlade-Chamberlain‘s shot from a tight angle was wild and off target.

The main talking point at the start of the second half was the absence of Guardiola; the Spaniard having been banished to the stands after confronting the officials at the climax of the opening 45 minutes.

On the pitch the contest was much more even at this stage, with Liverpool exuding far more calmness and control than they had done since the first half of the first leg.

Whatever manager Jürgen Klopp had said to his players at the interval had certainly had the desired affect and Salah duly delivered a crucial away goal in the 56th minute.

The Egyptian, who had also been involved in the build-up, delightfully dinked home the loose ball after Mané had been felled and Ederson had failed to claim cleanly.

The winger’s 39th strike of the season left City needing four further goals, without conceding again, in a little over half an hour.

Unsurprisingly the situation signalled the introduction of a fit-again Sergio Agüero but a resultant onslaught from the hosts never materialised.

Indeed it was the visitors who would score again when the tireless Roberto Firmino pressured Nicolás Otamendi into a mistake before brilliantly slotting home via the inside of the post.

Like Salah, it was the Brazilian’s ninth in the competition this term – a joint new club record in a single season for the five time winners.

An offside flag, correct this time, coupled with further last-ditch blocks and tackles combined to deny the hosts a consolation in the final stages but the tie had long since been decided.

“1-0 was the worst start we could get,” reflected the former Borussia Dortmund boss. “On the other hand the first question was already answered: yes, they can score goals and that will be difficult. I was not in doubt about that.

“You can imagine Pep was not happy with the [disallowed] goal; I didn’t see it so far. But over two legs and two games I really think we are deservedly in the next round.

“We scored five goals against Man City and we conceded one – these numbers are usually not possible. The boys did it, so I’m happy…

“I knew we’d have to change a little bit from the first half. We had to be more compact, win more second balls and then playing more and better football in the moments where we got the ball.

“That was much better in the second half and we were then really difficult, with a constant threat in your mind [for City] that you know each ball you lose is really difficult to defend against. That helps. The boys deserve the semi-final.”

The semi-final draw takes place at UEFA headquarters in Switzerland at 12pm BST on Friday.