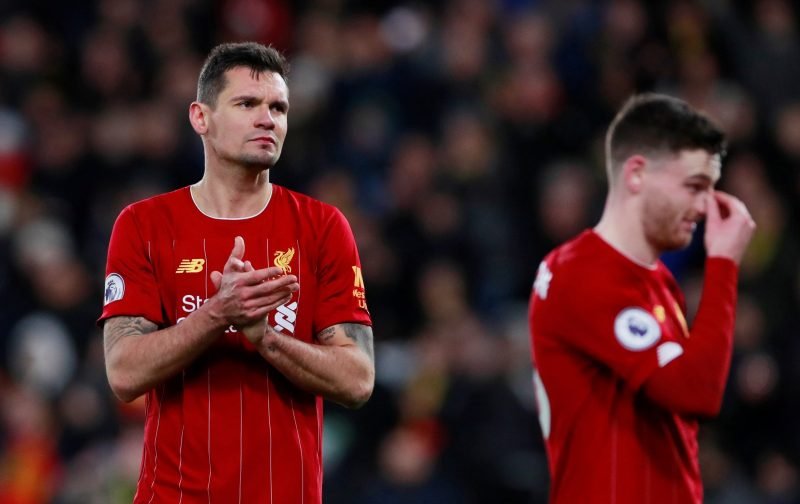 It’s the end of the road for Dejan Lovren.

Despite what you may think of him, he deserves a lot of respect for dealing with the number of critics that came his way. But at the same time, the Croatian did not help himself sometimes.

Lovren joined us for £20m in 2014 from Southampton and was brought in after he’d accumulated an unpopular reputation for the Saints due to his petulance. He was the third player to move to Merseyside from the South Coast that summer, along with Rickie Lambert and Adam Lallana.

Almost a year later, he was dropped from the side after a reported bust-up with Steven Gerrard and missed a penalty to see us knocked out of the Europa League by Besiktas.

The poor performances did not stop there for the £100,000-a-week man. Further errors against West Ham, Crystal Palace, Manchester City and most recently against Watford, his grit and determination to not let his head drop among the negativity is admirable.

Lovren could be fantastic for 89 minutes but could have one moment of madness which would undo all of his hard work in a particular game. None of this has diminished his confidence.

After helping Croatia reach the 2018 World Cup final in Russia, he famously labelled himself as “one of the best defenders in the world” in what was a sensationalist statement to make. It’s all good having high optimism, but not backing it up on the pitch is a  different matter.

With Tottenham and Arsenal reported to interested in his services, and the Reds looking for £18m for him, it’s time to call it a day.