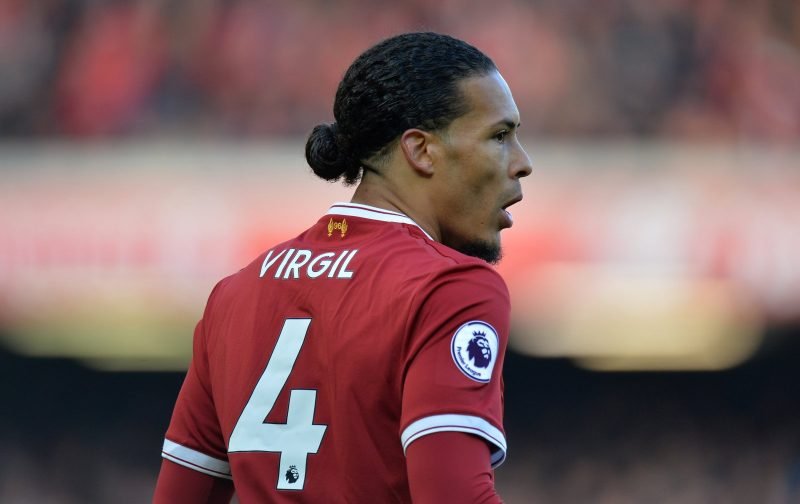 Virgil van Dijk has played down the possibility of Liverpool crashing out at this stage of the Champions League following last night’s 1-0 defeat against Atletico Madrid.

The Dutch international told the Press Association via the Western Telegraph that the Liverpool squad remain confident in progressing to the quarter-finals even with a 1-0 deficit going into the second-leg at Anfield in a few weeks.

The Reds were fearless when playing at home last season in the Champions League with the support from the fans and the atmosphere they generated the main catalyst behind Liverpool’s route to a second successive European final and ultimately their sixth title in the competition, and Van Dijk is confident in the Merseyside club overturning the first-leg result.

The Liverpool star said: “We’re very frustrated, it was a frustrating game. We knew it was going to be a battle and very tough because they are very organised. You have to be very patient and obviously, the goal we conceded doesn’t help. But we are halfway through. We are still positive, still confident. We know we are going to have chances. I think you have to be confident in your own ability and we will be. We have been so good so far this season.”

Even though Atletico managed to keep Liverpool at bay last night with stats from WhoScored showing that the Reds didn’t even manage a shot on target, Diego Simeone will know of the dangers that await his side at Anfield.

The Merseyside area is one of the hardest stadiums to play in for away teams in all of Europe and a venue where magic just seems to happen on European nights as seen last season when Barcelona came to Liverpool with a 3-0 lead, and although Atletico might be more mentally prepared for what lies in wake for them in England, they know they will be in for a difficult match with the Reds seemingly fired up to progress to the quarters.