“Stupid from Rafa”, “He was sold” – Some LFC fans discuss ex-Red “in the same class as Rush” 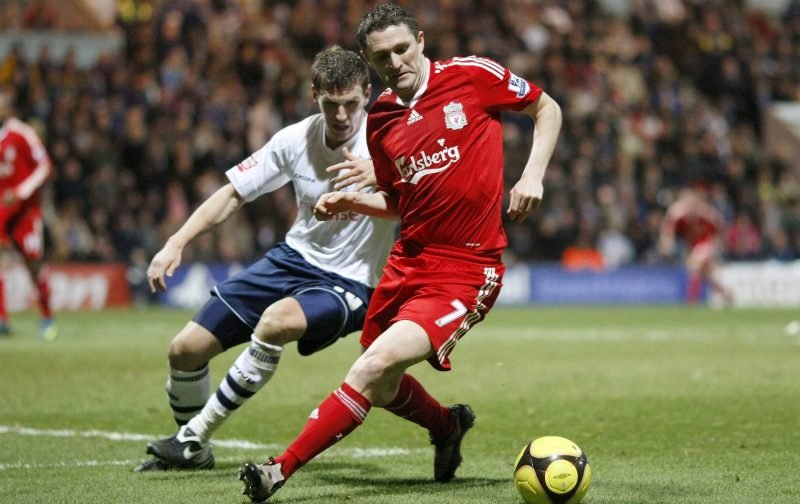 Speaking to Sky Sports’ The Football Show via the Daily Mirror, former Liverpool striker Robbie Keane has suggested that former Reds boss Rafael Benitez went back on his word over the forward’s playing time – claiming that the Spaniard told him he would start regularly alongside Fernando Torres.

Keane, who made just 28 appearances for us after signing from Tottenham in the summer of 2008, scoring seven goals and assisting five others before eventually returning to White Hart Lane six months later, opened up over his Liverpool experience – claiming Benitez was the ‘wrong manager‘ at the time for him.

Should Liverpool have sold Robbie Keane?

The former Republic of Ireland international eventually went on to score 126 Premier League goals in total, retiring in November 2018 after a 23-year-long playing career.

Now, reacting to his comments on Sky Sports, some Liverpool fans have flocked to discuss potentially selling the striker too soon – find all of their best comments down below.

Stupid from Rafa to sell him. One of the reasons we lost the league.

RK what a player. He was sadly not in the right time ie like playing for klopp. He was in the same class as Rush and Fowler. Again Fowler never won the top 2 cups.

When he was hitting form he was sold lol & we went to relying on people like Nabil El Zahr https://t.co/enwGArfFzD

Finish Robbie lad👏🔥 gutted when he went back to Spurs.

I loved Robbie for what he did for Ireland but was never a Liverpool player really.