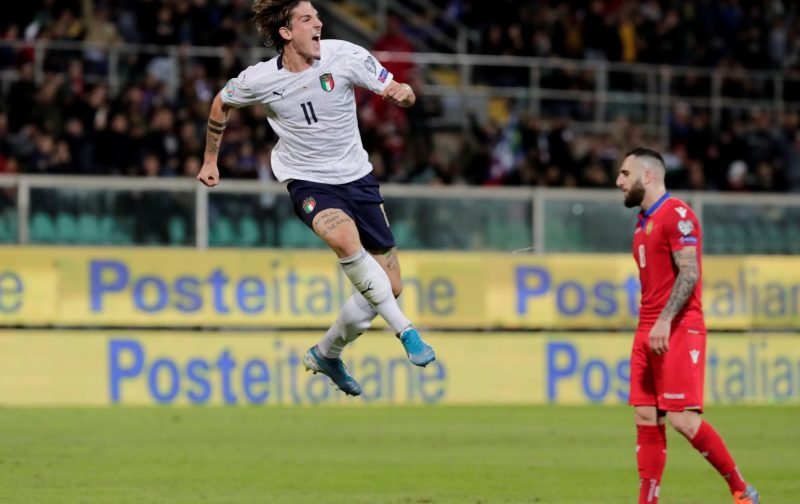 According to a report from Italian outlet IL TEMPO.it, Roma midfielder Nicolo Zaniolo is currently on manager Jurgen Klopp’s ‘list‘ of transfer targets for the summer – and Liverpool could even be boosted in an attempt to acquire his signature by the Serie A side’s apparent financial crisis.

Zaniolo started 15 league matches for the capital outfit this season before tearing his ACL in early January, ruling him out for the remainder of the campaign just as he was starting to establish himself as a main starter at the Stadio Olimpico.

Indeed, the ‘exceptional‘ Italian midfielder was already on course to equal the amount of games he started for Roma over the entirety of the 2018/2019 Serie A season – a clear sign of his development under Paulo Fonseca.

According to WhoScored, Zaniolo completed a higher amount of dribbles on average in that time than any other Liverpool player in the league – as well as this, only our main front three of Mohamed Salah, Sadio Mane and Roberto Firmino have managed more shots per game in total so far.

Should Liverpool swoop for Zaniolo?

Yes, could be a bargain

No, we have more important targets

This could potentially highlight why Klopp views him as a top acquisition when preparing a list of targets for next campaign, even if the 20-year-old isn’t a ‘priority‘ over the likes of fellow transfer target Timo Werner.

Former Inter Milan coach Stefano Vecchi even likened the 6ft 3 youngster to Premier League icons Steven Gerrard and Frank Lampard in an interview with La Gazzetta dello Sport, and he could even go for as little as ‘approximately‘ €4.2 million (£3.7 million) due to the global pandemic.

Whether or not Klopp begins to prioritise a move for the Azzurri international remains to be seen, but his potential at such a meagre price tag could be a huge incentive.