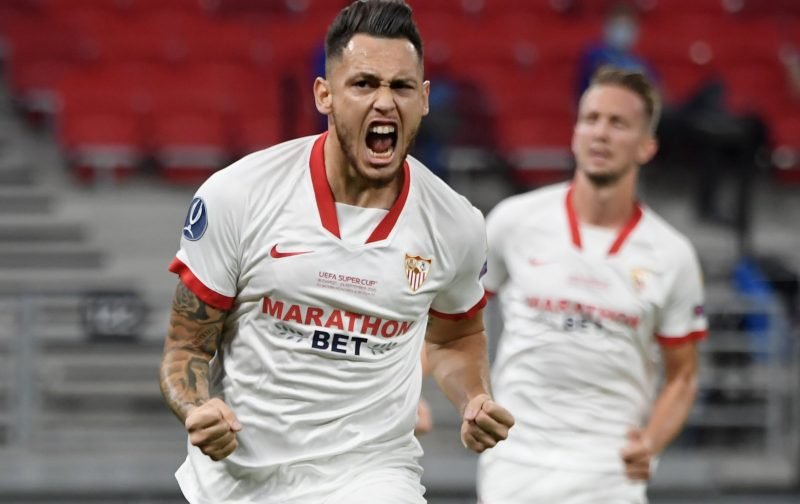 Liverpool have again found themselves linked with some of the best talents in Europe, with Spanish newspaper La Razon reporting that the Reds are eyeing up a sensational cash plus player deal for £56 million rated Sevilla winger Lucas Ocampos, with the Argentinian firing on all cylinders for the Spanish club over the last few seasons.

Ocampos reportedly has a £56 million release clause in his contract since joining Sevilla from Marseille back in 2019 has been at the heart of the club’s attack ever since with him managing 7 goals and 4 assists in all competitions so far this season.

According to the Spanish paper, Liverpool are keen to include current Southampton loanee Takumi Minamino as part of the deal in a cash plus player option for Sevilla to decide over – and with the Japanese internationals current form whilst on loan at the Saints it could prove a worthy offer for Sevilla to think about.

This type of deal could work out well for the Reds given the lack of possibility over Minamino managing a place in the tarting XI in the future as well as the fact that £56 million could prove a hefty fee with the amount of work that the club may have to work on in the summer with other areas of the squad needing to be addressed such as our defensive options after being exposed for our lack of depth more often than not this current campaign.

What do you think Liverpool fans, would Lucas Ocampos be a good signing? Let us know your thoughts in the comments section down below…