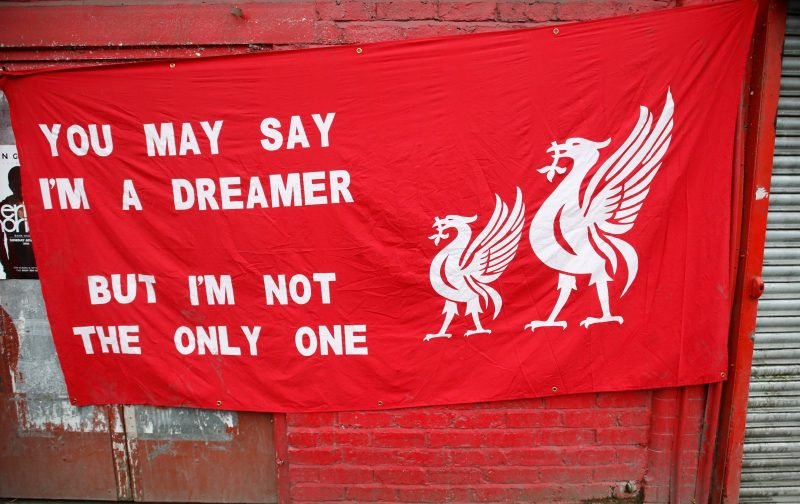 Liverpool continued their Anfield hoodoo over Manchester City on Wednesday night, securing a healthy 3-0 lead to take into the second leg of their Champions League quarter-final tie.

In a match of the proverbial two halves, Jürgen Klopp‘s side took the game to the Premier League champions elect in devastating fashion during the opening 45 minutes before mounting a resolute rearguard performance to crucially deny City an away goal.

Against the backdrop of a fervent and expectant Anfield, the opening 10 minutes were high in passion, tempo and intent but low on actual quality as both teams looked nervy and gave the ball away repeatedly.

Neither keeper had been tested when the hosts suddenly upped the voltage on the already electric atmosphere with a 12th minute opener via top-scorer Mohamed Salah.

The goal was a tad harsh on City after Ederson had initially done well to deny Roberto Firmino, while replays also showed Salah may have been a fraction off-side in the build-up.

The Reds almost instantly shot themselves in the foot when a poorly delivered free-kick invited the visitors to break at pace and in number, fortunately Leroy Sané dragged his shot wide.

There was nothing fortunate about the hosts’ second as Alex Oxlade-Chamberlain thumped an unstoppable effort into the corner of the net from 20 yards after the dynamo James Milner had won possession once again.

Buoyed by their quick-fire double, the men in red were now swarming all over the runaway Premier League leaders and threatening a third.

It arrived on the half hour mark when Salah recovered his own blocked shot and clipped a delightful ball to the back post where Sadio Mané was on hand to head home.

Despite regularly being overshadowed by Salah and Firmino this term, it was the Senegalese wideman’s seventh strike in the Champions League; the same number as his fellow attackers but accrued from far less minutes on the pitch.

The mesmerising Merseysiders were posing a threat down both flanks and through the middle at this stage, leaving a bewildered City at sixes and sevens and chasing shadows.

A better decision here or execution there, especially when Oxlade-Chamberlain overelaborated rather than threading through Firmino, and the scoreline would have been even more one-sided at the interval.

Perhaps predictably it was the visitors who made all the running at the start of the second half as they sought a way back into the tie.

Shortly after Sané had had their clearest sight of goal yet, Pep Guardiola’s side found their prospects boosted by the sight of Salah limping off with an injury.

It was all City as the hour mark came and went; Liverpool dropping worryingly deep and ceding far too much possession and territory.

They were being stretched down the right in particular as Trent Alexander-Arnold, inexplicably devoid of help at times it had to be said, battled gamely to contain the omnipresent Sané.

The surprising introduction of Dominic Solanke for Firmino briefly gave the Reds some renewed impetus but it was short-lived and they were soon camped back in their own half once again.

There were a number of nervy moments during a frantic final 10 minutes in which Jordan Henderson picked up a booking that rules him out of the return next week. The fact it came for upending former Reds winger Raheem Sterling made the fact somewhat more palatable.

Ultimately Liverpool, riding their luck at times, hung on to record their sixth successive victory over City at Anfield and their sixth clean sheet in their last seven Champions League matches.

In doing so, they also prevented a usually potent City, who can wrap up the league title against neighbours United this weekend, from registering a single shot on target for the first time since October 2016.

Despite the impressive performance and commanding lead, Klopp refused to get too carried away at his post-match press conference, instead insisting it remained only ‘half-time’.

“Now we are 3-0 up, that’s better than being 3-0 down, 100 per cent. But it’s not a decision. Everybody knows that. We go to Manchester City and they want to strike back; they didn’t play badly, they only didn’t create the usual number of chances they do normally because we defended in a lot of moments outstandingly good.

“Trent had a fantastic game, Robbo on the other side, both centre-halves really spot-on. All three midfielders were absolutely brilliant and our three offensive guys were in the right spaces. That’s the only way to get anything against Man City. We did it. Because of our quality, it’s 3-0 instead of 1-0. But, it’s half-time not more.”

Before the return Liverpool face the small matter of a Merseyside derby against Everton on Saturday lunchtime.

<!–Click here to read our match report of the game