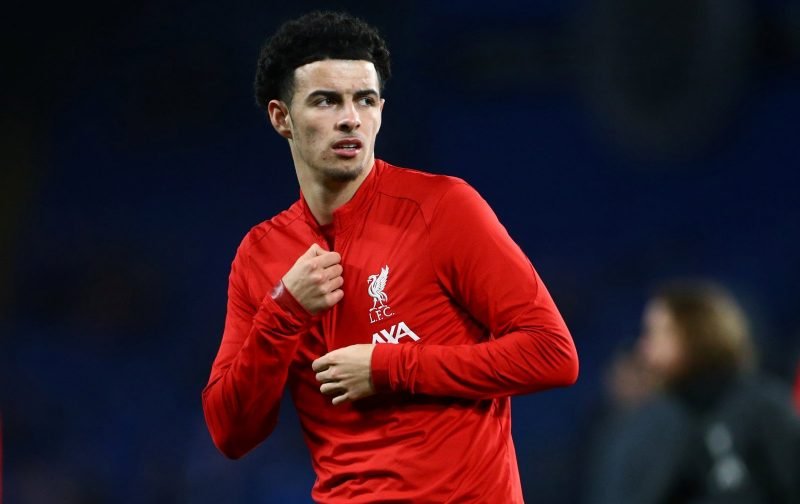 Curtis Jones has reflected on the lessons he learnt from Liverpool’s 2-0 defeat to Chelsea which saw the Reds’ dreams of a treble crumble away.

Speaking to Liverpool’s official website shortly after the loss to the Blues, the Melwood graduate praised his side’s mentality during the game in which Jurgen Klopp decided to mix first-team players such as Sadio Mane and Virgil van Dijk with fringe and youth players such as Takumi Minamino and Neco Williams.

Chelsea, though, were simply more up for it on the night as the Blues outplayed Liverpool from the first minute, and despite the poor performance and defeat, the Reds’ third in three weeks in all competitions, Jones believed the game was a great experience for him as well as fellow local lad Williams.

The 19-year-old midfielder said: “It was a great experience for the likes of me and Neco. It was against a great Chelsea side and I thought we battled right until the end. I thought we started well but it wasn’t the result that we wanted, and on a personal note I’m devastated to not have had the best performance and not going through to the next round. In any big game, it’s vital that every opportunity that you get you try to take it.”

The FA Cup has proven to be a huge success for Jones this season as the youngster became the hero of Liverpool as the teenager scored the winning goal against Everton in the third round as well as becoming the club’s youngest ever captain against Shrewsbury Town.

Jones has come leaps and bounds since being entrusted by Klopp to start in the FA Cup, and although Liverpool’s time in the competition came to a disappointing end, the midfielder has certainly made a mark at the club for his impressive performances for the Reds.