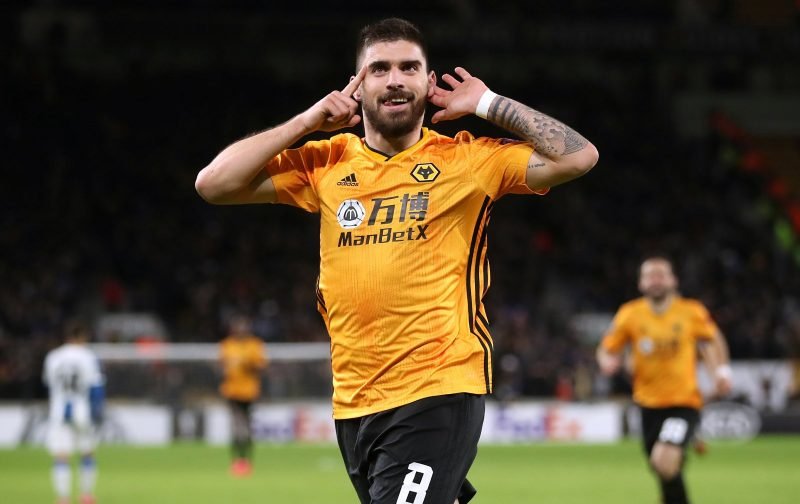 According to a report from milanlive.it, Liverpool are looking to reignite their chase for Wolves midfielder Ruben Neves as Naby Keita looks ‘ready to leave‘ Anfield – with the Reds apparently intent on landing the star who is valued at £36 million by Transfermarkt.

Neves, starting 26 Premier League games under Nuno Espirito Santo this campaign, first appeared on our radar way back in 2015 while he was plying his trade at Porto.

Indeed, a past report from the Daily Mirror claims that Liverpool were ‘favourites‘ to land the Portuguese international who was just 18-years-old at the time before he eventually signed at Molineux in a £15.8 million deal.

Now, milanlive.it claim we are back in for Neves following their update that Reds midfielder Keita could be on the way out of Merseyside – with Italian giants AC Milan and ‘several‘ Bundesliga clubs all in the race for his signature.

If Keita is set for a move away, Neves would be a noteworthy replacement given his statistics this season and past accolades.

According to WhoScored, the 23-year-old averages the same amount of long balls per game as Virgil van Dijk and more than any other Reds player – emphasising his ability to spray diagonals across the pitch in order to spread play.

As well as this, former teammate Sylvain Deslandes, speaking in an exclusive with Get French Football News, has lauded him as a ‘very, very talented‘ player who ‘blew everybody’s mind‘ with his ball placement and style of play.

Whether or not we do land Neves, who could command a hefty price tag in uncertain times, remains to be seen – but there’s little arguing he would be a head-turning acquisition.