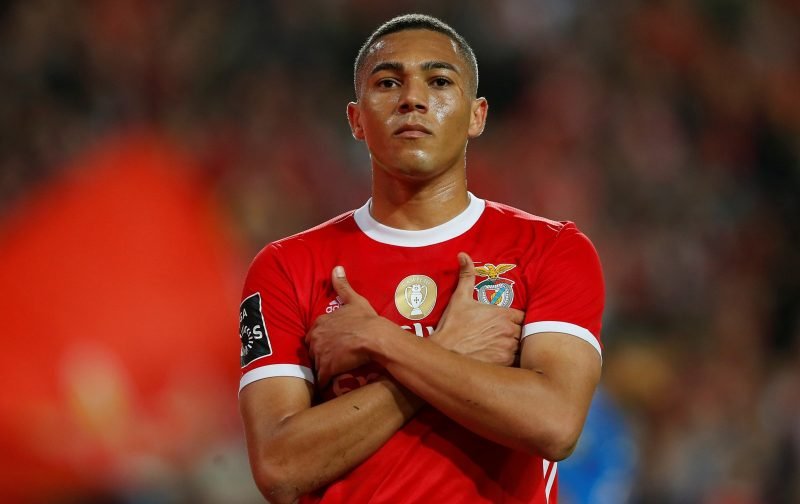 Benfica forward Carlos Vinicius has spoken out publicly about his links with Liverpool.

The 24-year-old has been in scintillating form during the current campaign, with 20 goals in 34 appearances in all competitions.

Jurgen Klopp’s side are top of the Premier League and the reigning European champions, giving them a huge advantage when it comes to pulling power of players.

As a result, Vinicius could not hide his appreciation for the rumours but insisted that he is concentrating on his football with Benfica.

Would you like to see Carlo Vinicius at Liverpool? 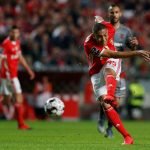 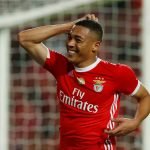 “Liverpool”? I’m happy, but I focus on the present,” he told Record (cited by Sport Witness). “I’m happy, because I know that’s a result of the daily sweat. But the focus is on the present; I’m leaving tomorrow to the right moment.

“(I’m) very happy at Benfica, which is a great club, with 100% focus. Although it’s the best moment of my career, I know that if I stay focused, I’ll achieve even more. That’s what motivates me.”

With these comments in mind, the Brazilian was reportedly targeted by Liverpool as a replacement for Roberto Firmino, who was claimed to have a £50m price tag, as per Sport Witness. Having already closely monitored the player, the Reds’ coaching staff will already know a lot about the centre-forward.

With his clinical finishing and lethal eye for goal, there is no wonder that Klopp has taken an interest. However, the other question would be if he can fit into our system.

Firmino has created a unique role in this Liverpool team. He has effectively become the hinge between the midfield and the attack, which provides a swifter transition in play that incorporates positive wing play for us.

But his goalscoring is nowhere near as good as Vinicius’ record, with just 10 goals in all competitions. The problem we have sometimes is that we don’t have a plan B in games, Vinicius would provide that. Whether he is ready to make the step-up at this stage, remains to be seen.