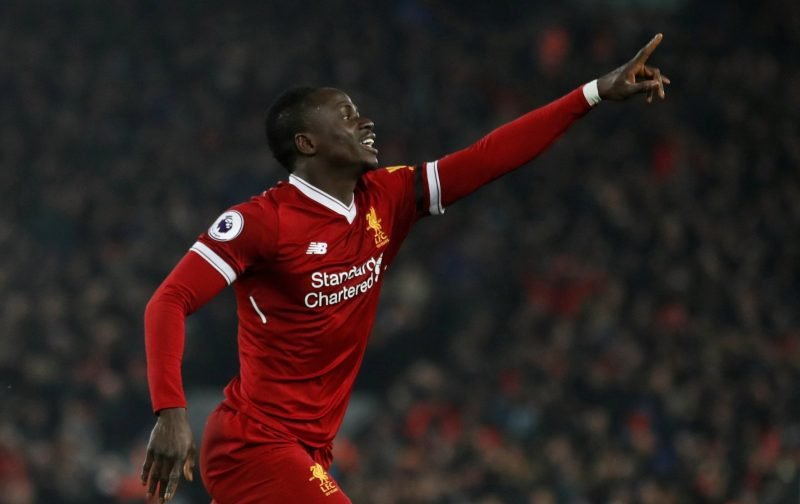 Liverpool’s hopes of being in the Champions League again next season have received a further boost courtesy of a comfortable 3-0 win over AFC Bournemouth at Anfield.

With only four league games left to play, defeats elsewhere for Tottenham Hotspur and Manchester United have even reignited the spectre of a possible runners-up finish for Jürgen Klopp‘s men.

There, in the semi-finals, AS Roma lie in wait and the Italians are likely to prove a much more formidable opposition than AFC Bournemouth did on Saturday evening.

Safely ensconced in mid-table, the Cherries never came close to matching the intensity and tempo of the home side, who should have run away with the encounter during a dominant first half showing.

Such an outcome looked on the cards when Sadio Mané opened the scoring in the 7th minute after Asmir Begović had failed to hold the Senegalese attacker’s initial effort.

It was one of 10 goalscoring opportunities for Liverpool during the opening 45 minutes but somehow they failed to strengthen their advantage prior to the break.

They were again frustrated at the start of the second half until Mohamed Salah deftly headed Trent Alexander-Arnold‘s cross over Begović with a little over 20 minutes remaining.

The goal was his 40th of the season from 45 appearances in all competitions, making the former Chelsea man the first player to reach the landmark for Liverpool since Ian Rush in 1986/87. Remarkably the legendary Welshman took an additional 20 games.

Following a brief period of Bournemouth pressure, Roberto Firmino was on hand to add gloss to the scoreline in the final minute as the hosts stretched their unbeaten league run at Anfield to 19 fixtures.

Goals for Mané, Salah and Firmino mean Liverpool’s front three have scored a combined 82 goals this season, while the Reds have now reached the 300 mark since Klopp took charge in October 2015 (148 games).

Analysing the encounter at his post-match press conference, the German remarked: “It was only 1-0 at half-time but we created a lot of chances and good situations.

“It looked really mature, fluent and flexible again. And then what you need in a game like this, against a side who want to have counter-attacks – which is normal if they are that much under pressure – the counter-pressing was outstanding from the boys.

“There’s a big misunderstanding; people always think it is the most intense kind of defending [but] it is actually the less intense defending because it’s the shortest way. The boys did fantastic.

“For around about 75 minutes a fantastic game and then somebody closed our power and the boys felt the intensity of the last few weeks. You saw we didn’t control it anymore and so Bournemouth came from time to time, we had a few blocks in the box, a few dangerous situations.

“It was good that we kept a clean sheet, with the little bit of luck you always need. [It was] a really good game and a very important result.”

Liverpool can now enjoy a week of rest before facing West Bromwich Albion at the Hawthorns on Saturday lunchtime.